Few things are worse than having a good brew day, successful in every way, except when taking the final pre-fermentation original gravity…and it is too low.

Hitting Original Gravity defines a brew, the style, the mouthfeel, and punch.  If missed, it throws the beer out of balance.  The heat of the alcohol won’t match the dark malts, nor compliment the sweetness of a high-gravity style.

Don’t panic, have a beer, and think it through.

The following are things to consider.

Lower Original Gravity than expected, is it that bad?

Missing an OG is not the end of the world.

Especially as I will offer several viable fixes.

There are no serious consequences, endangering the process itself.

Balance is the main thing you have to lose; a flat finish, that is a watery mouthfeel that can best be described as…disappointing.

The IPA will be too bitter.  The aromatic yeast/ malt driven Belgian Double-Malt becomes thin and fails to meet flavor and taste guidelines.

It is still beer, drinkable, yet simply B-grade.

Extract brewers: Don’t worry too much a low OG, measure twice, brew once

If still brewing in the basic to early intermediate range, don’t worry so much.

Most brewing styles average 6-8 pounds of malt extract for a 5-gallon batch.

They could be even considered milds and brewed low gravity for flavor and evening-long enjoyment.

I say colorful as Best Bitters for example can have a touch more caramel, toasted, or even a dash of chocolate malt in for color.

More heavily adjuncted than a standard pale ale, they have more apparent hoppiness, as the hops stand out above the low-malt content.

1) Get your mash temperature right

This is a preventative action – full stop.

These brewers struggle with target gravities in the early days.

To me, there was often…no, never such a thing as a too-high OG.

Low OG, sure, often vexing and demoralizing, and it wasn’t until months or years went by that I was able to effectively deal with it.

My first go round, very first batch of all-grain, I used an old cooler, the hinges ripped off, the seal loose.

Damn it, this was going sideways.

I dumped the mash back in the kettle to try to warm it.

In the end, it turned out OK, but husky and astringent.

I’ve said before and will say again, get a new cooler for brewing only (like this one on Amazon), no picnicking and never sit on it.

If you come in high, it’s easier to knock temperature down, than bring it up.

Eight times out of 10, the mash stabilized right where I wanted it.

For more detail on mashing, look at the section titled Mash process in the article, Mashing at Too High of a Temperature, Now What?

Forget for a moment whether extract or grain.

The goal is a high-gravity brew which I would consider anything north of 1.070.

Whether too much water addition, botched mash temps or extract mismeasurement, the point is I missed the OG.

Mashing barley malt and successfully hitting these marks is hard.

If I miss, I have to add sugar somewhere into the process.

2) Augment your Grain with sugar or Malt Extract pre-boil

Once mash, vorlauf and sparge are complete, the kettle is full, and we settle down for a 90-minute boil.

Hops are staged, yeast is out of the fridge, the mash-tun and lauter are already dumped, scrubbed, hosed off and left to dry.

There will be a 7% +/- evaporation rate during the boil.

Therefore, your pre-boil kettle volume will be about 5.35 gallons, let’s call it 5.5 gallons to account for hops, trub and cold break.

Easy enough, just dip a cup in the wort and cool it in ice water for a few minutes, not too cold!

(Note: during the boil, only the water evaporates, not the sugars. That’s why our gravity climbs a little after the boil.)

Augment with sugar or malt extract to the kettle in an appropriate amount.

I have mentioned sugar several times, why?

Many brewing purists follow the maxim that sugar has no place in real beer.

I am a brewing purist too.

I believe that liquid yeast in the only beer yeast that produces real beer.

We have our underlying philosophy.

Once the gravity is north of 1.080, the beer is so malty, adding sugar is economical and will not detract from the beer in any way.

I do recommend Candi Sugar, a high-grade form of Belgian beet sugar, actually a bit expensive, or dextrose. 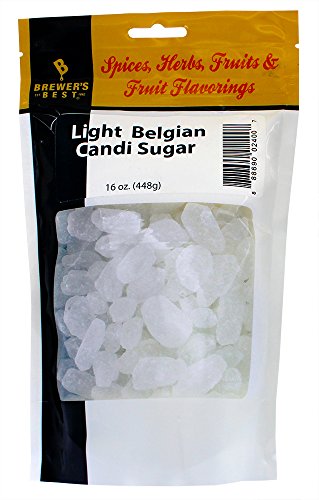 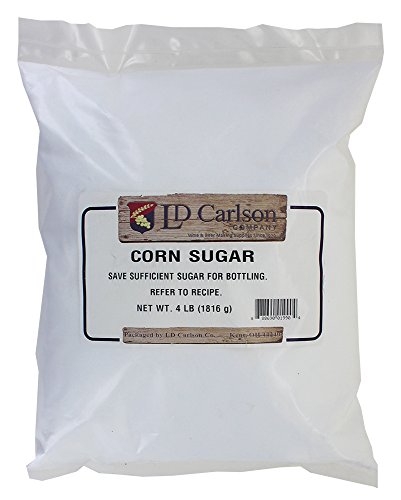 Throw in a few pounds of liquid malt extract if it makes you feel better.

Either way, add it slowly, stir vigorously to keep it from scorching on the bottom of the kettle.

Many if not most all-grain brewers brew outside on propane burners.

They work hard and fast so lower the heat during these sugar additions.

This is a simple fix.

I have brewed to malt and hop profile, the yeast is ready, I keep the beer in the kettle when reading the OG. It will be quite thick and syrupy.

Rack half the beer into the fermenter, add the hot sugar, finish racking the cooled wort on top.

That 1 quart will not affect your temp.  It will give you the extra sugar you need.

Be ready to pivot, improvise and adapt

Mistakes are evident in all respects, and nothing can be hidden in a yellow ultra-pale malt beer.

That said, brewing is a fluid process in that how we achieve the end is flexible.

As homebrewers, we needn’t sell the beer, just enjoy it and be proud enough of it to share with friends.

Mistakes happen, make a note of it, fix it, move on.

Can you change the OG when fermentation has started?

If I miss the original gravity, I live with it.

As a homebrewer, it is usually fine.

However, if one is inclined to correct it, and do it right, there are several good options.

Most of them occur before the beer is decanted into the fermenter.

If it is already in the fermenter, a glass carboy, there is no room for additions.

One last crazy note, which I don’t really recommend.

I had a beer in a plastic fermenter once.  Long story short, I decided it needed to be stronger.

I dumped 2 lbs. of corn sugar directly in the fermenter.  Don’t recommend it…I was young and foolish.  I drank it anyway.

Brewing is fluid and so should the brewer be.