Fermentation is a tricky business.  Sometimes the yeast prematurely rests on the bottom.  Activity all but stops.  What to do!!??  One is tempted to stir it.

Once in the fermentor, the wort shouldn’t be stirred. The beer is vulnerable, so moving or touching it could introduce oxygen or bacteria that could spoil the beer.  If fermentation gets stuck or ends early, it must be restarted.

It is normal for some yeast to flocculate (fall out, rest) during fermentation.  One can stir the yeast to complete its work, though I hesitate to encourage it. You must be extremely careful. A yeast nutrient would be a first step.

Why Would You Need to Stir the Wort in Fermentation?

Something seems wrong.  Fermentation is slow or has stopped.

The dense foam had not formed on top, the fermenter did not turn a creamy opaqueness that indicates yeast multiplication and healthy fermentation.

Something is out of place.

Yeast will rest on the bottom in its respiration stage.

It absorbs all the ready O2 in the wort and multiplies.

Your yeast cell counts will go from the millions to the 100’s of millions during this time.

It clings to the glass or plastic up to 2” from the bottom.

Within 12 hours at the most, the yeast should have multiplied to begin its sugar to ethanol conversion.

Ale yeast is a top-fermenting yeast, meaning it floats on the top and sits comfortably on a thick-rocky head called the Krausen /croyzǝn/.

Lager yeast ferments cooler, 40 – 53˚ F (4 – 11° C), and normally rests and works from the bottom. It does its work slowly, exhibiting a milder, gentler krausen.  Lagers may take 15 – 28 days for full fermentation, requiring a well-found patience.

Oxidation is the primary risk when agitating a fermenting beer.

The beer exists in an anaerobic (oxygen free) state.

If you introduce or cause O2 to be introduced, you invite a world of regret.

Off flavors include index-card, musty, used booky: sounds crazy, but this is what it brings!

Another violent result of oxidation is the formation of Acetaldehyde.

This adds an unripe apple, mushy fruit, or lacquer flavor.

Acetaldehyde not only forms due to under-pitching and O2 exposure, it will also reconvert your alcohol back into itself, a rancid and villainous contaminating compound.

After cold break (solids falling out during cooling) and cool-down, stir away!

This is only suitable for open fermenters, that is plastic ones with a snap-on lid.

Remembering that all post-boil contact must be sanitary, if stir you must do it in a manner in which the lid keeps the fermenter mostly covered.

Vigorously stir for 2-3 min in a poorly ventilated, clean environment.

We need not scrub the walls nor install plastic panels and airlocks.

A minimum of dust, spiderwebs, and errant airborne particulates is best.

The stirring introduces O2 to the wort and mixes the yeast well before its brief pre-fermentation rest.

Consider this a preemptive stir allowing the greatest possible success for respiration and cell multiplication.

See my article for best handling of pre-pitch yeast: article on hydrating yeast.

If brewing in glass, pitch the yeast and cap the carboy.

Rest it on the floor with a towel underneath for cushion.  Tip the carboy to 45° and shake vigorously for 1 – 2 minutes.

Glass carboys most closely approximate closed fermentation as when capped properly, they allow no contaminates to penetrate, either through the lid’s edge nor through the plastic itself.

The plastic walls of a fermenter may allow oxygen through.

Although in miniscule amounts, if left too long, beer may oxidize in plastic.

Do not leave beer sitting in plastic for more than 14 days.

If Fermentation Sticks, The First Thing to Try

Most necessary yeast nutrients are available in the malt itself.

If the yeast is compromised or the wort contains over 10% sugar or adjunct grain (rice, corn, oats), it may need a commercial yeast nutrient (like this one on Amazon). 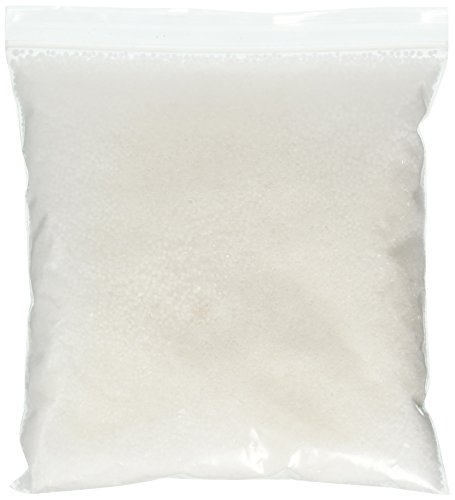 It is best to add it before fermentation.

Add it for a stuck fermentation which could help raise the sluggish or resting yeast.

The Yeast is Sleeping

Now we get to the real fly in the wort, or bug in the malt.

Why would I stir my wort during fermentation?

This is a trick question, you shouldn’t.  It occasionally happens.

Pitch the yeast on brew day, fermentation picks up, there is healthy bubbling, swimming, and a krausen on the beer, even if not the most vigorous.

Then, crickets…the foam dies down, a heavy slurry rests on the bottom.

The beer is still quite cloudy, but the air-lock bubbles are sporadic.

Taking a hydrometer reading, the gravity reads 1.022. The OG was 1.046, a proper gravity for a pale ale brewed with 6 lbs. of liquid malt extract.

However, the yeast is sleeping, apparently bedded down for a long winter’s nap.

How to wake it up?

Why Did it Settle Out Early?

One possible reason is the yeast was old.

If stored improperly or simply old, the yeast is not viable enough to perform well.  The amount of healthy cells was insufficient to complete the fermentation cycle.

This indeed happened to me on my very first brew.

A decidedly unsuccessful brew thus began my journey of learning my brewing lessons the hard way.

Another reason, and in my experience, the most insidious and painful of all, not enough healthy cells were introduced at pitching.

This is a serious matter which may derail the whole brew before you know what is happening.

First, respiration starts slowly, yeast appears to grow on the bottom but never really takes off.

There is activity but modest.

Yeast swims but slowly and in small clumps, not dozens or hundreds of cell groupings swimming tirelessly.

Can you add more yeast during fermentation?

You could, but yeast needs O2 to grow, you are anaerobic at this point.

Ale yeast has a specific parameter within which to thrive and work.

It won’t die, but it will sleep.

The best thing is to raise the ambient temperature or wrap a heating element around the fermenter on slow burn.

It will awaken the yeast but could take 1 – 3 days to get back to full fermentation level metabolism.

Risky, but there are few options.

If it is winter, it is a good time to work with lager yeast.  Some Scottish yeasts work better into the 50’s (10° C).

You can explore more details on cool weather brewing in the article, How Do You Brew Beer in Cold Weather?

Should You Stir the Wort Just Before Bottling or Racking?

No, the wort shouldn’t be stirred. The sediment accumulated at the bottom of the fermenter should be left behind and should not be moved into bottles nor into another fermentation vessel.

During racking and bottling we run a risk, though small, of contamination.

If you open a fermenter to stir, you up the risk of exposure.

It can be done, gently, quickly and with extreme care not to agitate the wort nor create bubbles of any significance.

You may gently move the wort around in the fermenter, gently re-emulsifying the yeast.

Do not splash it.

As with most things, try to pre-empt the crisis.

Warm it up if it gets too cool.

If you must, gently coerce the yeast back into solution with a spoon.

Neither breath in it nor allow any moving air in the room.

Sometimes we make a mistake.  If the beer gets stuck, we do our best to raise it.

If the yeast sleeps and cannot be roused, it may be best to look to the next batch. We occasionally have to slide our batches over into the hard-fought wisdom column.